Singing to my Grandpa

As I sit here by 公公's bedside,I see him lying on the bed.
I can't help but feel the peace & contentment
God has placed around us.
We both know what's going to happen,
but we're not letting it steal our time together.
I gave him his milk through his tube,
hold his hand and asked him
whether he wanted me to sing.
I sang a few chinese songs
and got the pleasure of finding out
which one was his favorite.
"耶和华" a song named "Jehovah"....

Squeezing my hand whenever this song was mentioned
assured me that this was his favorite.
It was hard at first, being shy and all,
there were so many patients
and their family members around
but what did I have to loose?
I would rather my dignity,
than him not hearing his song.

The tears fall uncontrollably.
I just face him.
And face all else out.

He had tears,
But he also had a smile.
I know deep down,
he knows where he's going.
And its a joy to see him
despite tubes, needles and all,
being able to pick a song
and sing-along.
(well not exactly, but I can hear the tune
and make out the words)

It's more than changing his diaper
or feeding him milk,
checking whether he's warm enough,
or whether he has enough glucose drip, sodium chloride
and Oxygen.

Letting him hold my hand
unless I have to wash his syringes
or throw something
Is all I can do for him these last days.

The simple gesture of just holding his hand
means the world to the both of us.
He's been grumbling the whole time I write this.
I guess he wants me to sing him his favorite song.

His grip's so strong
I can't imagine how anyone healthy
can grip as long and as hard as this.
I guess all his energy is exerted
to show love through his hold.
It kinda hurts when he squeezes that long,
But I don't want it to end.

I love him and so does God.
I know he's going to a better place,
and be in safer arms.
A place so beautiful,
a million words cant describe.
He's going to spend all of eternity
with the One above.
He is truly blessed.

Ok, now I really have to sing to him
for he's grumbling away.
It's my pleasure though,
I'll do it day after day,
til he leaves for a better place.

Waking up in a place I love

They are different in so may ways
Sadly its too short, the number of days
I wish I could stay longer
Fulfilling my satisfaction of truly belonging

For its so easy to just click with them
No invinsible wall in between us
It could be days, months or even years
But when the contact comes its laughter & friendships first

My friends they just bless me in so many ways
Not just girls with straight A's
We laugh, we cry, we share
Of all our memories we dare

Thanks for giving me a chance
Of waking up in a place I truly LOVE!
Posted by Tricia at 5:20 PM 2 comments: 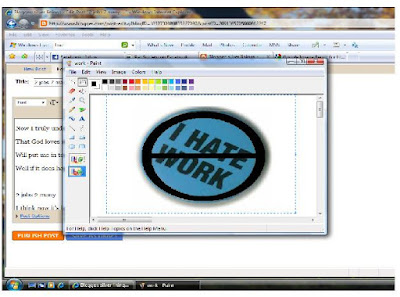 2 jobs too many
Having too many jobs is really hard
Ok, maybe I should be grateful it's only 2 & not 3
I should be grateful!
But really, am I?
One I love
The other not so
Should I decide between them?
Not a tough one though
For I'll pick one the moment I'm asked
It's tough to be waking up at 6
Finishing at 12.30
Drive off to the next destination
Rushing in the traffic
To get to work that is
Didn't I go to work in the morning?
Well, I have 2 jobs you see
One facing Kids
The other facing the computer
Easier said than done
I have a sleeping problem
Still working on it
Take a nap on the office floor
(a locked room of course)
And work starts all over again
It's hard to sit down
For I'm an extrovert
Harder to get things done
For I'm not really discipline
When Facebook is what I'm envisioning
Been scolded at
Been complained about
Shed my tears
Wrestled my fears
And thats what life's all about
You see I enjoy working at the Kindy
But there's this someone who kinda bullies me
Looking down upon me
She shouts and orders
Maybe thinking a year of experience gives her the right
Or maybe cos my mom's also working there
Making her feel intimidated?
Took her throws at me for almost a year
Glad I stood up the second last day of work
Never backing down, holding my dignity
It was really tough though
Why did I wait so long to stand up for "me"
Just ignoring or turning away when I felt hurt
Really made her feel disturbed
"Righting the wrongs" putting feelings in place
And then there's this complaint about my timing
Timing sounds nice for its actually lateness
I rush of from work to work
Making it less easy for me
But of course I also have a part to be blamed
I learned from my mistakes this past year
Talk about losing my phone, friendship & money
Loads of money that is
But nothing near which could buy friendship
I'll restore my friendships for money can be earned back
2 jobs 2 many
I'm glad I didnt write this the moment I felt it
The hurt & pain will drive me
To write things nasty and unworthy
Of the lessons and experience I have gained
I'm better off than a lot of people
Now I truly understand
That God loves me and tests me
Will put me in tough situations but nothing I cant go through
Well if it does happen, He'll give me the strength
2 jobs 2 many
I think now it's just a saying
For I've found where I belong
In the centre of God's plans for me
And for now
2 Jobs Just Doesn't Seem 2 Many!

What can be more beautiful? 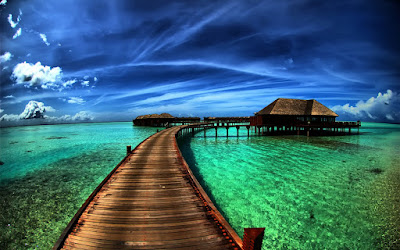 Came across this passage during my quiet time and this section really jumped out at me, made me rethink of life on earth and the beauty we see in God's creation. However, what is it really when compared to the beauty we'll envision when we spend all of eternity with our Father?
Life is beautiful through our eyes
Beautiful trees and mountains surround us
The sea connects with the skies in the distance
Making it seem like a pure blue sheet
As delicate and soft as the fur on a sheep

What can be more beautiful?
I catch myself saying
But after reading "Isaiah"
I go now in wonder
Of the place I'll spend in eternity

What actually can be more beautiful
All these seems to be a "wink" from God
Aren't these enough?
To us it may seem
For we're nothing short of human

That's right!
Picture a life without sadness
No emotional or physical pain
It's kinda impossible for we've never felt it
I'm just waiting for the day when I'll run straight into His arms

Tell me what can be more beautiful?
Posted by Tricia at 6:31 AM 1 comment:

Driving back home at 11.30 at night
Felt really contented and grateful
That I had a friend who could help me
Sort out my bank statements
The acronyms I couldn't make out

Although I lost a lot of money
From a friend I thought was more than just funny
The pain is starting to subside
No more a matter which coincides
My thoughts and thinking, making them right

Hard to comprehend the matter that happened
Harder to get over it and manage my emotions
But life is tough, oh yes it is
And whatever life throws at us
Don't take it alone, but together with God

I've done my crying
I've done my weeping
But that's over now
And I can't let my emotions run wild
Life goes on, and it's how I take it

Although tough situations happens
Making us go hay-wire
Even though the sky may fall down
I know my God loves me
And that's what matters the most!
Posted by Tricia at 10:13 PM No comments:

They see what no one else sees

"Teacher you wear new earring?"
"Why your hair tie so nice?"
"Why you wear glasses, you cannot see ah?"
"The flower on your dress so nice!"
"Teacher you buy new shoes ah?"

All these questions
Always catch me in wonder
Of the little things in life we take for granted
Always working, never relaxing
Disabling us too find beauty in the right things

God sees everything
Our past, our present, our future
Our hopes, our dreams, our failures
Everything from the inside out
He sees when no one else sees